The work, based on a native basket design, was raked by hand over 18 hours, mostly by moonlight, on the dried out lake bed of Lake Winnemucca and although it was placed the far side of the fence on Government land, it was only visible from a high point on the Paiute Indian Reservation. The drawing metaphorically reclaimed the land for the Paiute Nation since all of the land was once their hunting grounds. In the 1800’s Winnemucca was a shallow lake, rich in fish and wildfowl, but in the early 1900’s the government diverted part of the Truckee river, which flows into Pyramid and Winnemucca lakes, for irrigation of farming lands. This ecologically insane idea resulted in Pyramid Lake dropping 80’ and Winnemucca drying out. The devastation this caused to vital Paiute fisheries is still felt today and the Paiute Nation continue to fight for their water and fishery rights through the courts. What happened to the Paiute since the 1850’s has been described in a book by Ferol Egan entitled Sand in the Whirlwind. 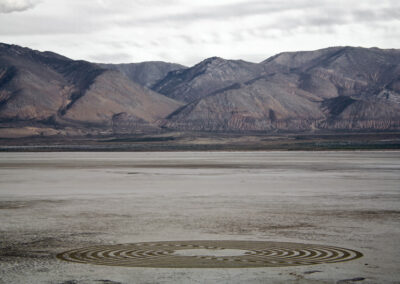 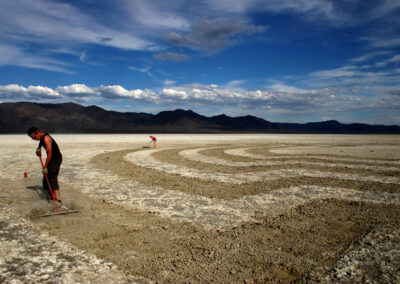 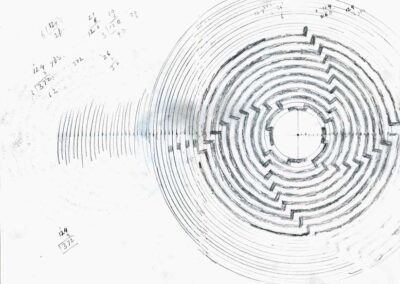