Commissioned by The sculpture program at the South Carolina Botanical Garden, Clemson and funded by National Foundation for the Arts. The work comprises two large woven stick domes in a figure of 8 plan. The nucleus of each dome is a rammed earth monolith in a woven stick mould. In the weaving are four live tree saplings. American Beech in one and River Birch in the other. These saplings are tied and grafted together at the top. The weaving will eventually rot away leaving the saplings to grow up around the red earth monoliths.
Each vertical stick in the domes is planted with a Serviceberry Sapling (80 in all) which are grafted where they cross. As the weaving of the domes dies away so these trees will replace them, forming one continuous figure of 8 shrub tree encircling the monoliths.
Each Tree species has a different life span. Serviceberry with its crimson fall leaf and red berry provides food for birds and will live around 50 years, but will re-sprout again from the root base. River Birch will live up to 100 years and American Beech, a climax tree, will live for 250 or more years and will eventually shade out the other trees. So perhaps in 200 years time this will be the only element to remain – 4 large trees becoming one with the remains of rammed earth in the cavity. The work was made with the help of Landscape architecture students at Clemson University.
In 2004 the large dome finally collapsed in the summer. It will be a few more years yet before The serviceberries will grow tall enough to establish a new space. 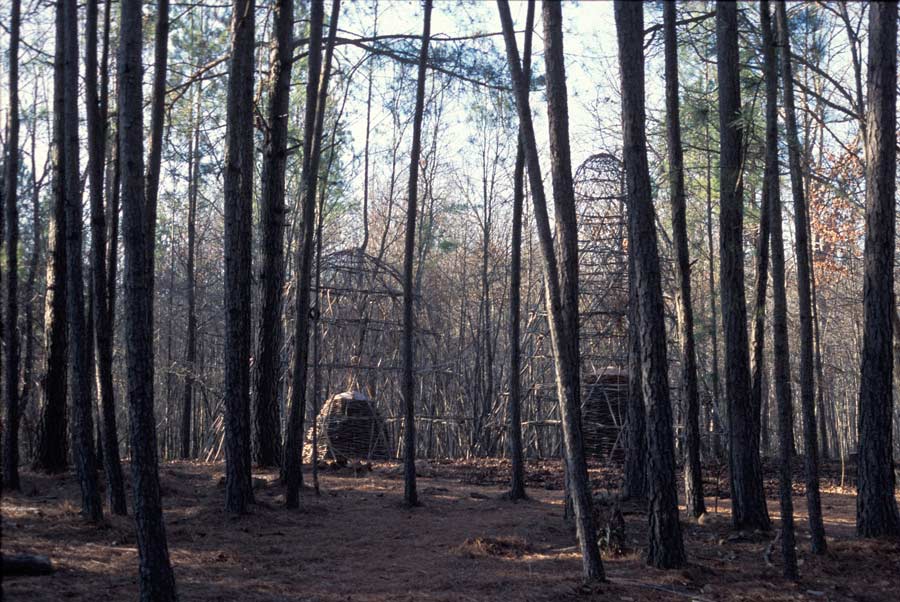 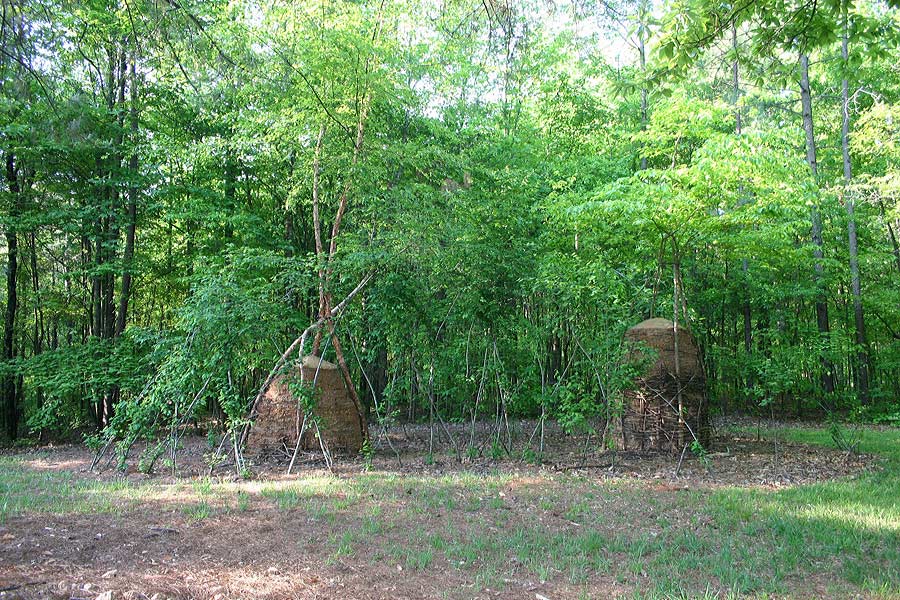