Dyer Observatory, Vanderbilt University, Nashville, Tennessee
The work is a collaboration with astronomers at the Dyer Observatory, connected to Vanderbilt University in Nashville, Tennessee. The idea was to try to demonstrate how the Earth moves around the sun in an ellipse. If you were to photograph the sun from the same spot, at the same time every day, over the course of a year it would draw a figure 8 in the sky – called an analemma. Where the figure 8 crosses marks the equinoxes while the apex of the top loop is the Summer Solstice and the Bottom is the Winter Solstice.

The Chamber therefore was built with 200 tons of limestone in the shape of a spiral galaxy, in the ceiling of the interior of the chamber is a simple aperture which projects the sky onto the floor and walls. 18″ in front of this is another calibrated aperture which allows a thin slice of the sky due south to be projected on to the floor and curved walls. If you enter the chamber at midday there will be two suns in the chamber, the lower one is marking the analemma which is traced out into the plaster in steel pins. From where the second sun is you can determine where the Earth is in its orbit of the sun and what time of year it is. This is also reinforced on the approach path to the work where there are 7 standing stones aligned to the rising and setting sun at the Solstices and equinoxes. 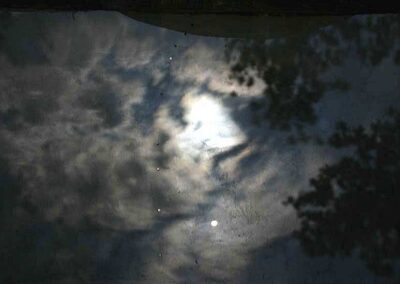 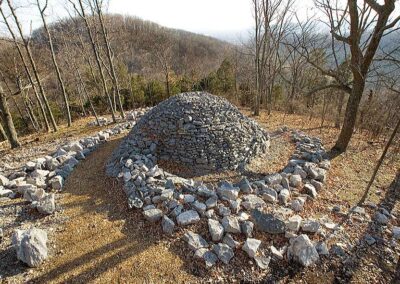 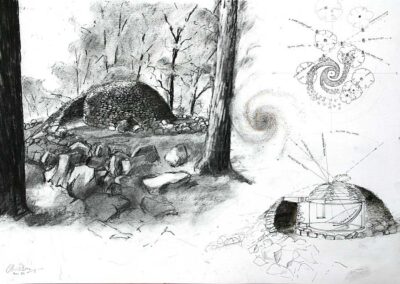