19/09/2018
2018
This project for a new Tea House in a small tea estate in the Southern province of Sri Lanka was conceived and made in 2018. The commission was for a piece outside the new house being built in the trees and tea plantation. A bridge from the first floor library and veranda stretches over and into the tea. My idea was to make a portal work which made a transition from house to tea at the end of the bridge. Originally I wanted to split a granite boulder and carve a tea leaf on both revealed surfaces, like a revealed fossil. But we could not find the right size boulder to split, and the one we chose broke. So instead I chose two quarried stones and placed them upright by the bridge. 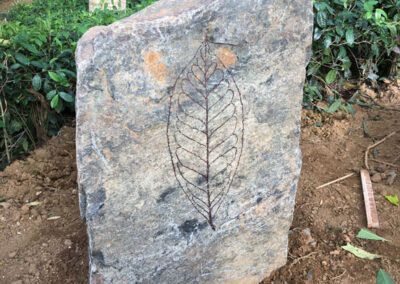 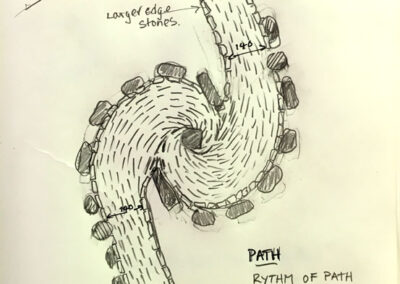 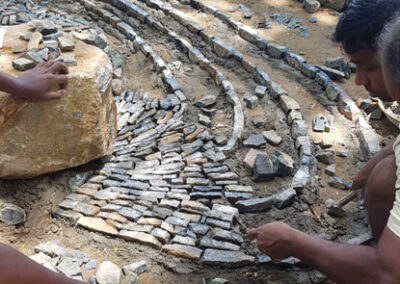 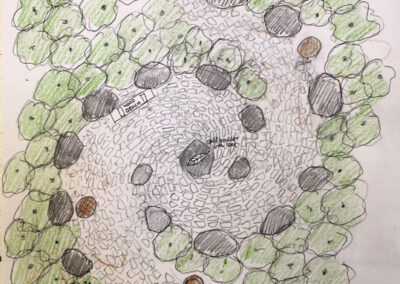 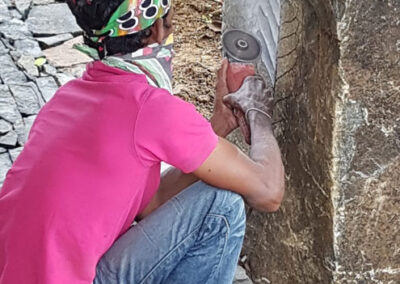 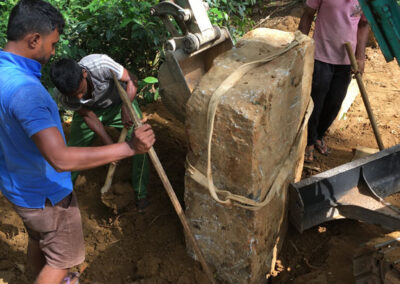 Twenty one granite boulders were chosen and placed in a vortex around one sitting stone, with pairs of standing stones at both ends. The path was then laid in thousands of small pieces of granite slices, laid on edge and swirling around the central sitting stone. I made a rubbing of a tea leaf and projected this enlarged image onto tracing paper which I then transferred to the bridge standing stones. I also cast a tea leaf for the Sinalese carver to use as a guide to the eventual carving – one concave, the other convex.

This carving was to be mirrored with a paper work inside made from the rubbing tea leaf image and text. I also proposed a woven map of Great Britain/Ceylon to go with the work Ceylon which hangs on a wall in the main house, made in 1999 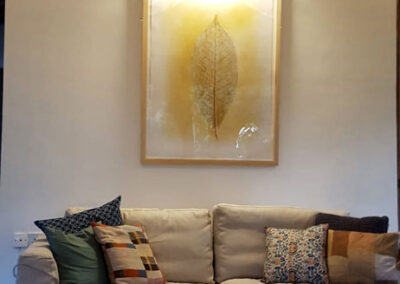 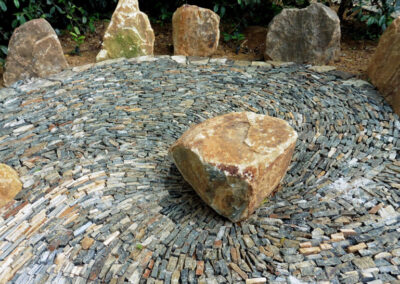 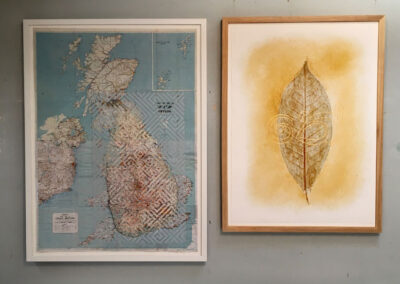 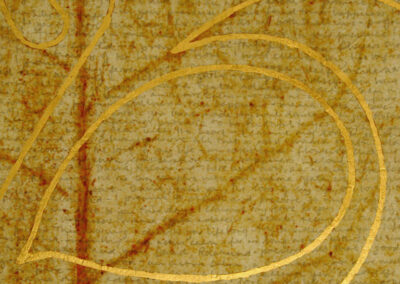 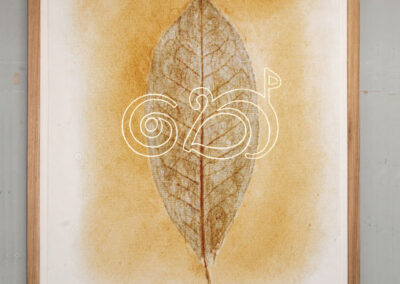 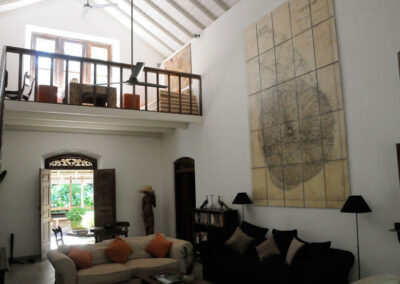 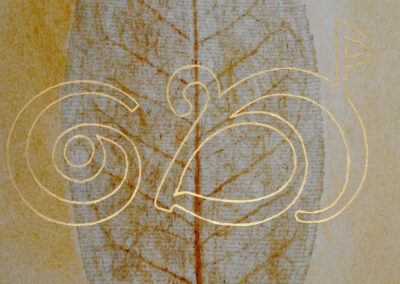 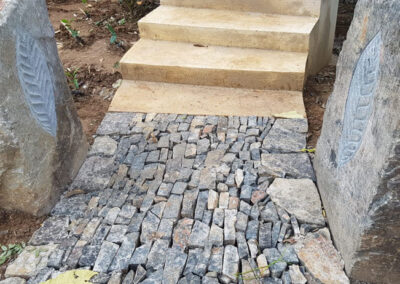 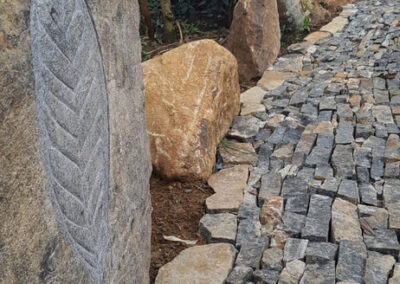 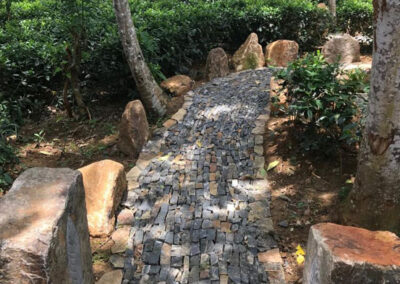 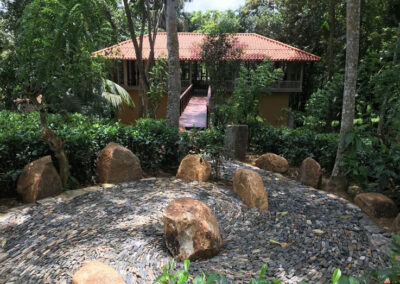 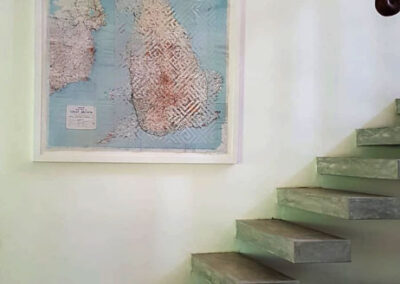