Rivers of Stone and Fingerprint

Both these works were commissioned by Dudley group of Hospitals trust, in collaboration with Dudley Council, Sir Robert Mc Alpine and West Midlands Arts Council.

The works are situated either side of a three story passageway within courtyards in the new PFI built extension. River of Stones fits into the existing landscaping and fills two 23m x 2m strips. The work is based around flow patterns in the heart taken from Sensitive Chaos and work done by Philip Kilner on the heart. It is constructed from thousands of fragments of slate laid on edge in cement, with six glacial boulders.

Fingerprint situated on a flat roof on a one story building within a courtyard, adjacent to Rivers of Stone, it is a fingerprint image from a nurse in A&E, made in two colors of aggregate: brown sandstone beach pebbles and white limestone. 10 tones of the brown aggregate was removed in strips and replaced with 10 tones of white limestone. The roof is the size of a large tennis court and is overlooked by a passageway and wards. 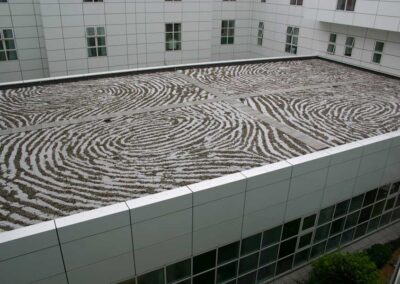 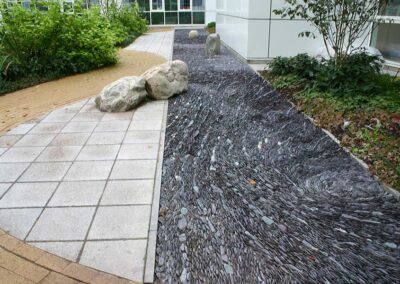 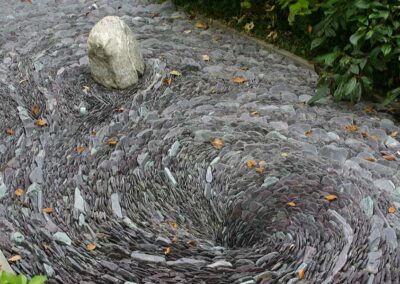 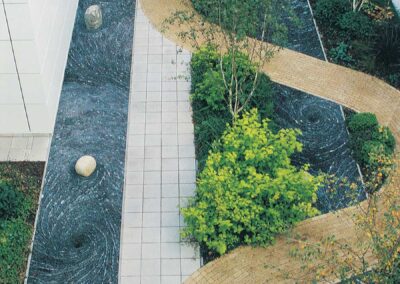