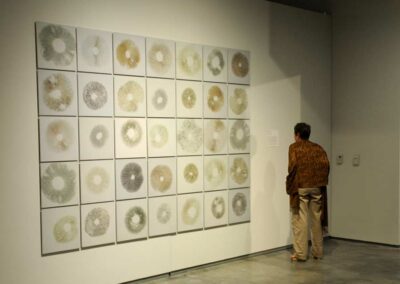 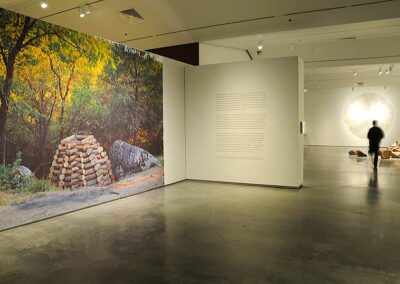 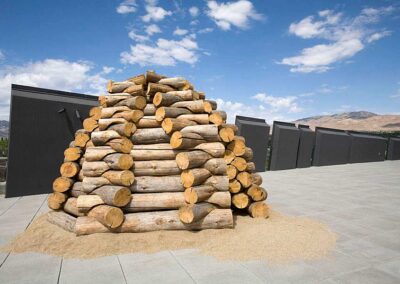 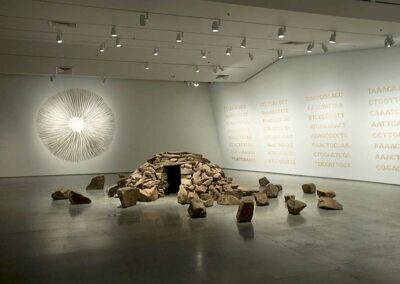 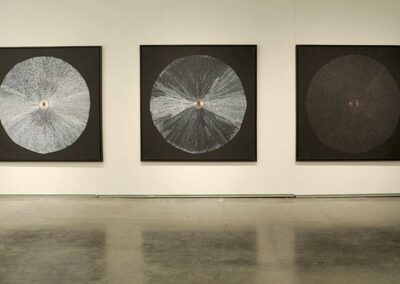 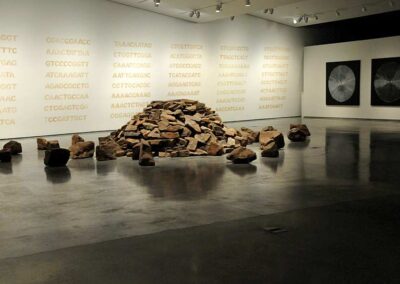 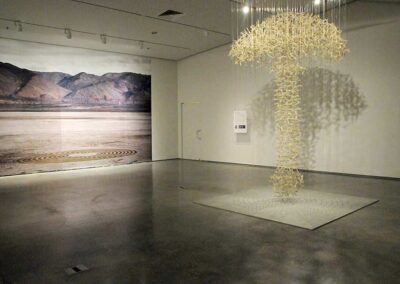 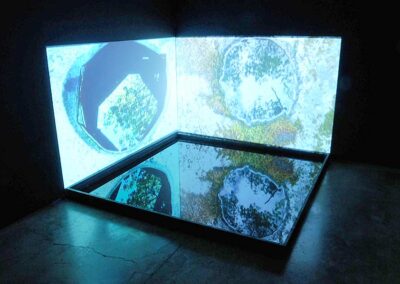 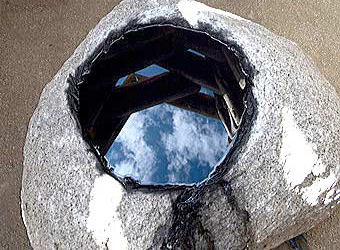 The work was a result of several collaborations:

With the Staff and Curators at the Museum who made sure every crazy idea I had was realised.
With the For-Site Foundation on their land near Nevada city where a link was made to sustainable ways of living as evidenced by Maidu acorn grinding rocks, and compared to the devastation caused by gold mining in the area. Reference was also made in The Sierra Cloud Chamber to the importance of the rain shadow effect and snow melt run-off, of these mountains on the fragile deserts of Nevada.
With The Paiute tribe on the Pyramid lake reservation resulting in Winnemucca Whirlwind.
With the Desert Research Institute in Reno and Las Vegas, in particular with Dr Lynn Fenstermaker, a soil biologist working on the Nevada Nuclear Test Site who inspired the Life in the Field of Death works.
A book by Ann M Wolfe, published by the Centre for American Places at Columbia University, Chicago in collaboration with The Nevada Museum of Art, was made to accompany this exhibition.

For information and a critique on the show see: http://docentdepot.blogspot.com/2008/08/chris-drury-mushrooms-clouds-tour.html