Ashland community project, Milton Keynes
This work was made for the Ashland housing development community project in Milton Keynes. The project started in October 2012 and was finally constructed in May 2014. The idea was to make something which kids and adults in the community could use and to look at the whole piece of adjoining Parks Trust land. The project was funded by Milton Keynes Council in collaboration with The Parks Trust and was to be in two parts; the first which was funded, was for a sculpture, and the second part was a way of using what had been done to extend the project further into community gardens and amenities. I therefore designed a work which would eventually snake through the whole land and could be made from sculpture, planting, floating islands etc. For the first phase I looked at a wild piece of neglected scrub land which could be used for wildlife exploration, habitat, picnics and play. So I designed the log wave to snake through a part of it and draw people in. It acquired the mythical name of the Asland Water Snake around which stories could be told. 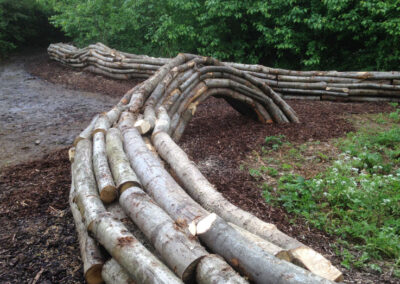 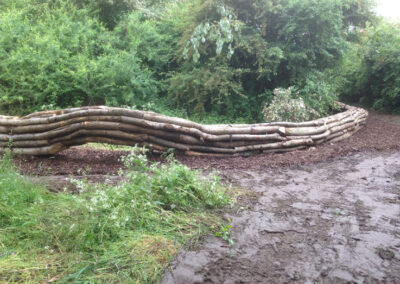 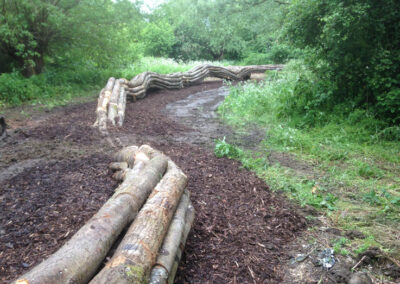 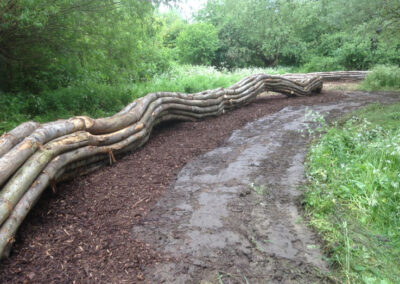 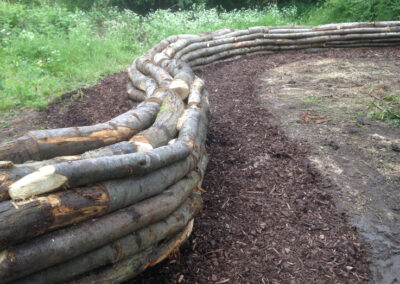 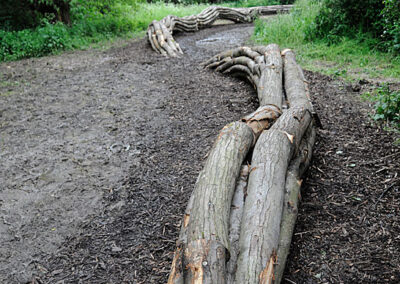 The work itself was constructed of 550 randomly curved, coppiced Chestnut logs, pinned together with Timberlock screws. It is 120 m long, the largest sculpture to date in Milton Keynes. On the construction I worked with Second Nature and 4 of us made the work in a month. The process was akin to dry stone walling in that once the backbone of the snake had been laid down, you had to look for logs with the appropriate curve to fit with the one beside and below it. Each log had to follow the next. The shape snakes around a pond and the loops provide meeting places, and picnic sites, while the construction is robust enough to be a play and climbing structure.