Explorers at the Edge of the Void

Hand written text in ink on an inkjet print from an echogram of East Antarctica, on artists’ paper, 1060 x 2345 mm

Not long after I returned from Antarctica my wife and I were invited to CERN to see the new Hadron Collider under construction. The experiment, which is due to take place in 2008, will attempt to prove the Theory of Everything, which will mimic the Big Bang, and give us an insight into the origins of the Universe. It will also bring to a conclusion nearly a century of research into the nature and origins of matter, the strange Zen-like world of particle physics, which puts man and his thinking as a part of the equation, rather than outside of it. This is something which has always intrigued me and it struck me that this century of research into the smallest and largest Universes went hand in hand with the exploration of the last uncharted place on Earth: Antarctica. Einstein, Plank, Scott and Shackleton were all contemporary explorers. They were all looking at absolute matter and absolute mind. Nature was, in all senses, a blank white canvass of exploration. It is ironic that instead of seeing the truth of what it means to be a part of nature, society has continued to dominate it, often using science, and the result is the devastating climate change we see today and which is so evident in the melting glaciers of the Antarctic Peninsular.

This work reads from the bottom up, starting with a mix of Antarctic explorers and Nobel Laureate physicists, splitting into two distinct groups, divided by ‘the Theory of Everything’ and ‘Everything Nothing’. It culminates in the Equations that go to make up the four forces of Nature that constitute the Theory of Everything: Quantum Chromodynamics, Lagrangian, Electromagnetic and Quantum Mechanics. If the CERN experiment works we will see the particle tracks of the Higgs Bosun theory; what Leon Lederman called ‘The God Particle’. 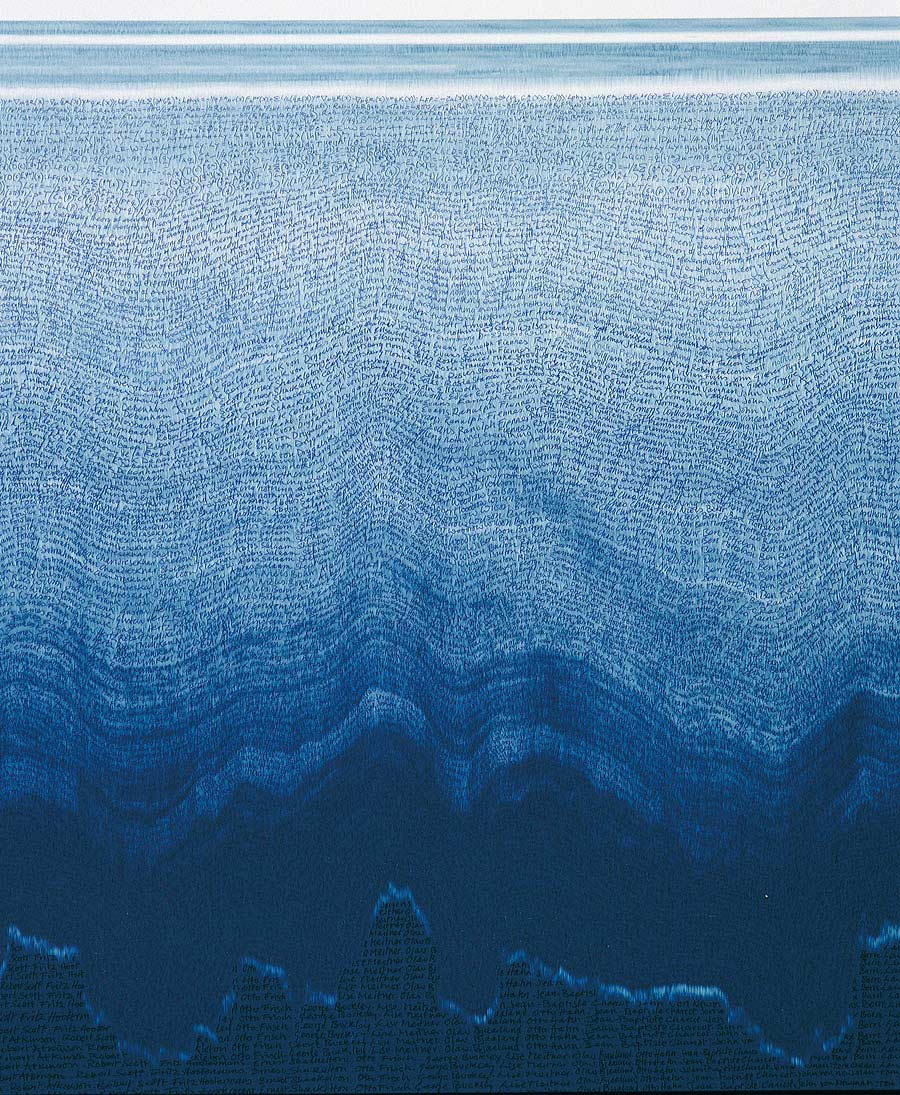