Exchange was produced in collaboration with Kay Syrad and was commissioned by Cape Farewell to look at sustainable ways of living and farming in relation to three farms in Sydling St Nicholas and Godmanston, West Dorset. The two farms in Sydling St Nicholas were Huish sheep farm and Dollens organic dairy farm. The other organic dairy farm was Manor Farm which is the other side of the downland watershed in Godmanston.

There are three copies of the book which is is A2 size (60.3 x 42.5 cm.), printed by Four Graphics, London and bound in cowhide by Wyvern Bindery, London.

The text is by Kay Syrad and uses words, ideas and information given us by the farmers. It takes the form of poetry, prose, lists and quotations.

100 leaves of 300gsm Snowden cartridge paper were buried in Lower Dairy field on Dollens Farm and left in the ground for ten months. A square cubit of turf, with its green fronds and yellow flowers waving in the early summer breeze, was lifted from Crown Point on Dollens Farm. The paper was dug from the ground – changed by time, minerals, moisture, enzymes. The sheaves were then soaked, gently separated and pegged up to dry. 60 clumps or single plants from the square cubit of turf were scanned flat and printed directly on to acetate, then transferred to the paper while the ink was still wet. A square of paper has been made from a 50/50 mix of pulped hay and cow manure. The leaf of paper that met the earth at the top of the sheaf has been copied and printed for the book’s end papers.

One copy of the hand made book is owned by ourselves, one by Cape Farewell and one is for sale. Proceeds from the sale of the third book will go towards the construction of a thatched cloud chamber on Dollens farm. To thatch it we will use the tough and ancient wheat straw (Maris Widgeon), which Will Best grows on Manor farm. Meanwhile the book and related works will go on show at Durleston Castle, Swanage, Dorset from 15th – 3o August 2015. It is hoped that we will publish an affordable pocket version of Exchange.

This work could not have been made without the generosity, time and information offered by the farmers at Manor Farm, Huish Farm and Dollens Farm. We would like to thank Will and Pam Best, John and S-J Morris, and Chris and Suzanne Legg. Thanks are also due to Philip Hansford, formerly herdsman at Manor Farm. The artists were commissioned in 2013-14 to make a series of artworks inspired by the work of the three farms by Cape Farewell, a cultural organisation concerned with climate change. Special thanks are due to the Director of Cape Farewell, David Buckland, and also to Marente van der Valk and Yasmine Ostendorf. 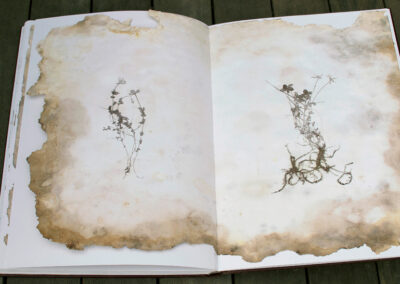 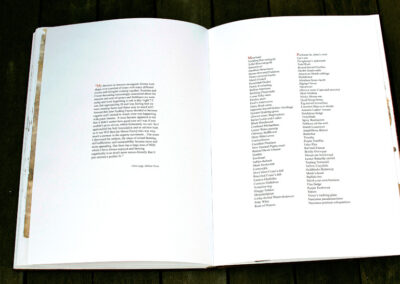 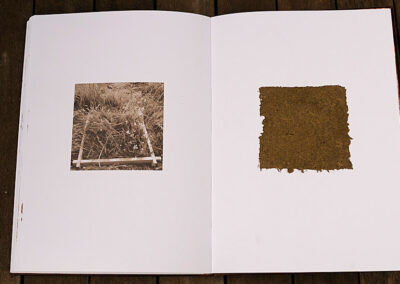 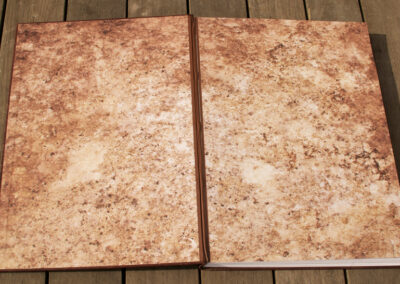 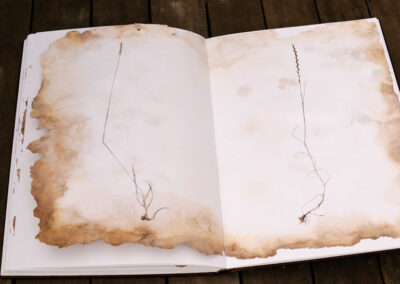 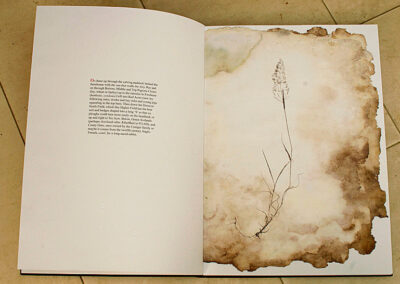 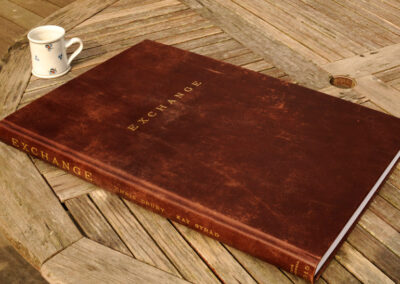 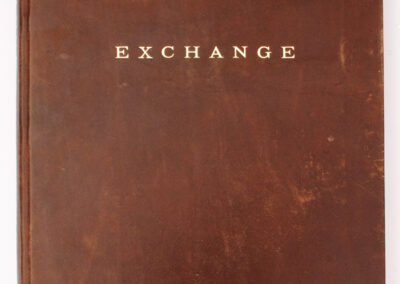 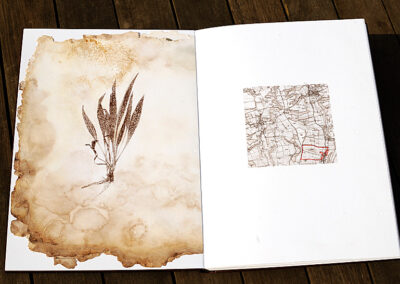