1 was born in Ceylon in 1948, the year of independence. Both my parents families worked in tea. My mother’s great grandfather set up Mackwoods – the famous tea growers, still producing world quality tea now. My parents left Ceylon in 1954 when I was 6 and I didn’t return until 1987 when I was 39 and came back to walk from Adam’s Peak to Anuradhapura – retracing childhood memories of place and landscape.

Ten years later a private client who saw some map works of mine in an exhibition, and who both knew of my connection to the Island, and who also knew it well herself, asked if I could make her a work on a map of Ceylon. We searched for an appropriate map to use, and visited the National Geographic Society in London to see if they had something we could appropriate, but it was only when my aunt showed me a map that she and Charles Mackwood had from their time in Ceylon, that I realised we had the perfect thing. The map had been folded and refolded so many times that it was in 25 pieces, held together by the fabric backing. My uncle Charles, my mothers brother, had drawn in biro several trips they had made throughout the island, and the whole document had a wonderful patina of mould, acquired through the damp tropical atmosphere.

I was able to have this map scanned and copied, and with a mushroom spore print placed digitally in the centre, the whole document was printed out onto an artists rag paper, cut into 25 pieces and re-glued to a fabric backing. The hand written text in radiating lines, mirroring the lines of the gills, is in fine black ink, written with a magnifying glass. Even though it is hard to read, it is possible. So the text is both invisible and visible – both secret and revealing, much as a diary is.

The text is of childhood memories and memories from the 1987 walk, connected to the coded landscape of the map. You could say that the map acted as a mnemonic devise to draw up  memories from the unconscious. The spore print and the text resembles an eye so that in a sense this is seeing into the unconscious. The pattern is also a mandala, which in Indian Buddhist culture, is used as a visual medium for focusing the mind.

Before delivering the work to the client, I had it scanned again and enlarged so that it could be printed out and mounted onto aluminium panels at an altogether different scale – which I felt would make it, at 2 m. x 3.3 m, an altogether different visual experience. You can also now clearly read the text, although when it is on the wall much of the text is upside down. This work was subsequently shown in a number of museum exhibitions, but ultimately came back to my own store.

A few years later Penny Johnson, from the Government art collection saw this work and asked if I could remake the small version for the collection. So I went back to the same map but used a different, more evenly round spore print and started the mnemonic process again. This work, Ceylon III is now in The British Consulate in Colombo.

That is how things stood until April this year when I re visited Sri Lanka with my family. We stayed in the beautifully renovated planters house which my cousin David Grigson has lovingly restored, along with a small tea plantation. The main room of the house has the second floor removed so it has a wall which is 5 metres tall, and when we stayed this wall was empty and blank. I immediately felt I had just the work for it.

David is an astute business man and my second cousin, both through his father and his mother. His father was my fathers cousin. His mother was my mothers cousin, although his father and mother were unrelated. So we are well related on both sides of the family and both his parents were my godparents, plus  his mother was a Mackwood, so that map had great relevance to his family. Ceylon II was destined to go on that wall. We did the measurements, and mocked it up in Photoshop, and David bought the work on condition that I would come out and hang it. This we did last Friday – a 4 day trip to Sri Lanka to hang a work which looks like it has finally come home. 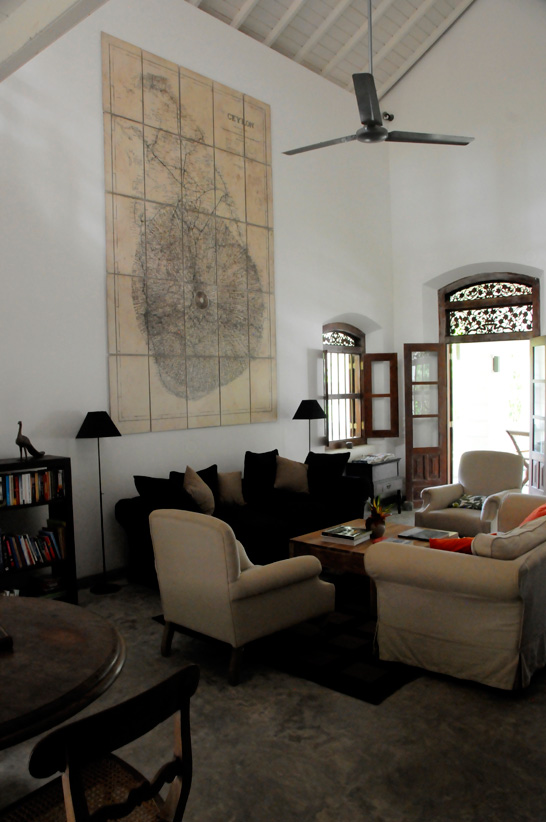 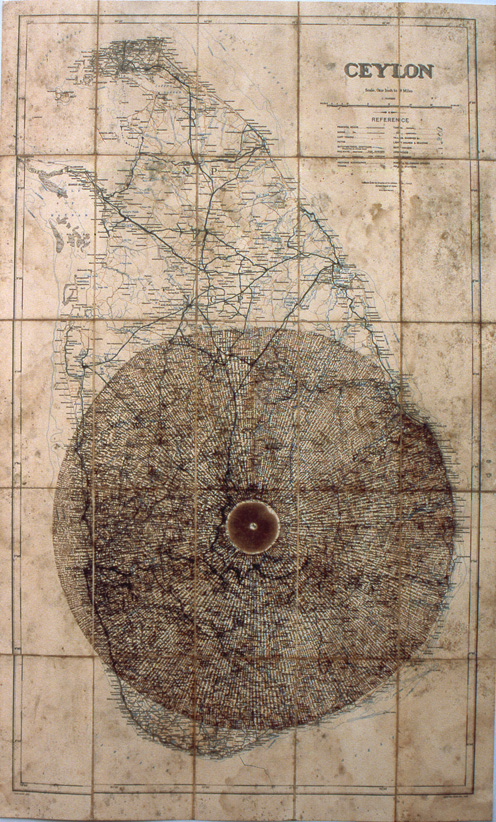 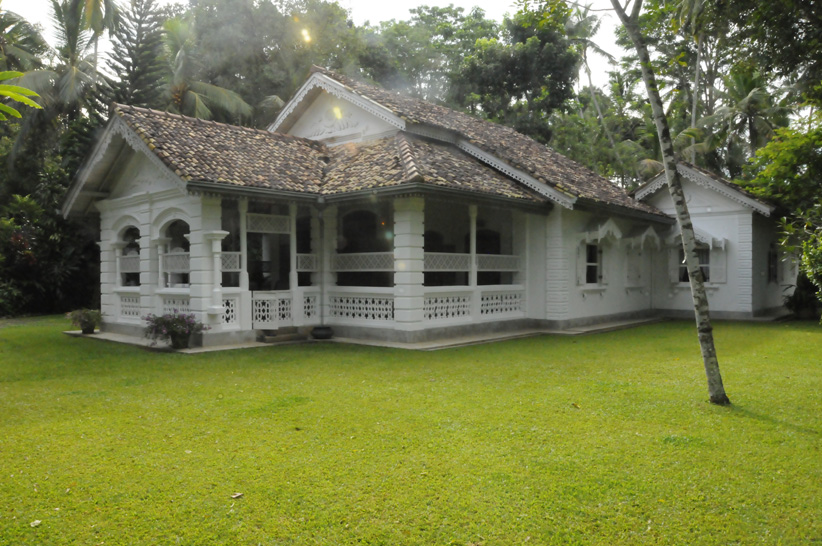