The piece is 14 m. in diameter and is made from beetle killed pine logs and coal. Both these materials were once living trees and died during times of climate warming. At this time the burning of fossils fuels is giving rise to warmer winters in the Rockies, as a result the pine beetle survive the winters and the forests in the Rockies are dying from New Mexico to British Columbia – a catastrophic event. Wyoming is rich in both coal and oil, which are shipped out of the States 365 days of the year to be burned elsewhere. Everyone in the State benefits from the taxes levied on the coal and oil companies, including the University of Wyoming. At the same time Children born now will never know what a wild Mountain Forest looks like, and there will be fires and erosion in the mountains which will effect all living things. 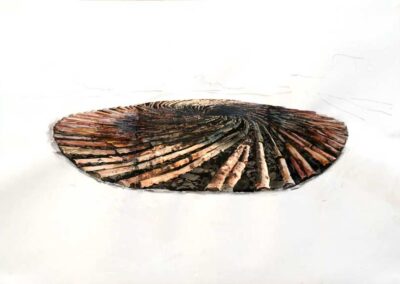 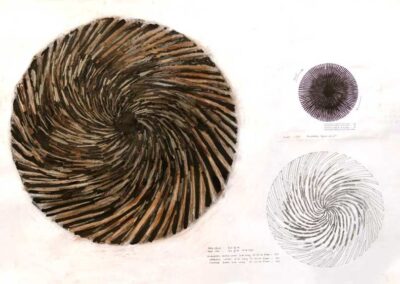 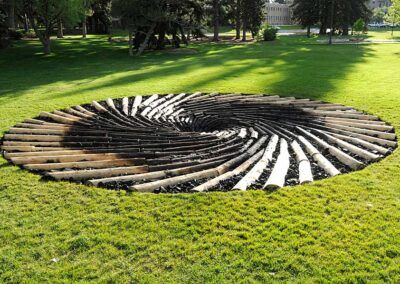 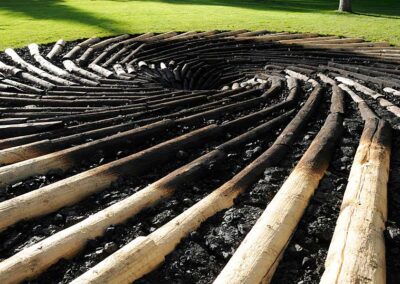